When correctly regulated, the piano will become more “responsive” i.e. it will “sound” more quickly when the key is played thus requiring less effort. It will repeat as often as you like, not failing or sticking and there will be a substantial improvement in the tone which is then refined by voicing.

I had the privilege of learning grand piano regulation and toning from the late Daniel Magne in Paris, whose family company was founded in 1854. The standards expected of us in the workshop were of the highest.

It is a little known fact which I learned from my veteran piano making colleagues in London that most British pianos however well built, were not regulated in the factory. This was due to commercial incentives as UK piano sales were buoyant until the 1980’s and it was felt there was no imperative to spend the extra day required to perfect the instrument. Perhaps because of this approach, these extended skills were generally lost in this country.

I was extremely lucky to work in two fine workshops in Paris and London with masters of our trade who shared their knowledge and experience with me. I have the great satisfaction of regularly working on instruments which may have been in a family since delivery over a century ago and never regulated until now, sometimes an emotional moment for all concerned to finally see the piano at its best.

I would welcome the opportunity to transform your piano. 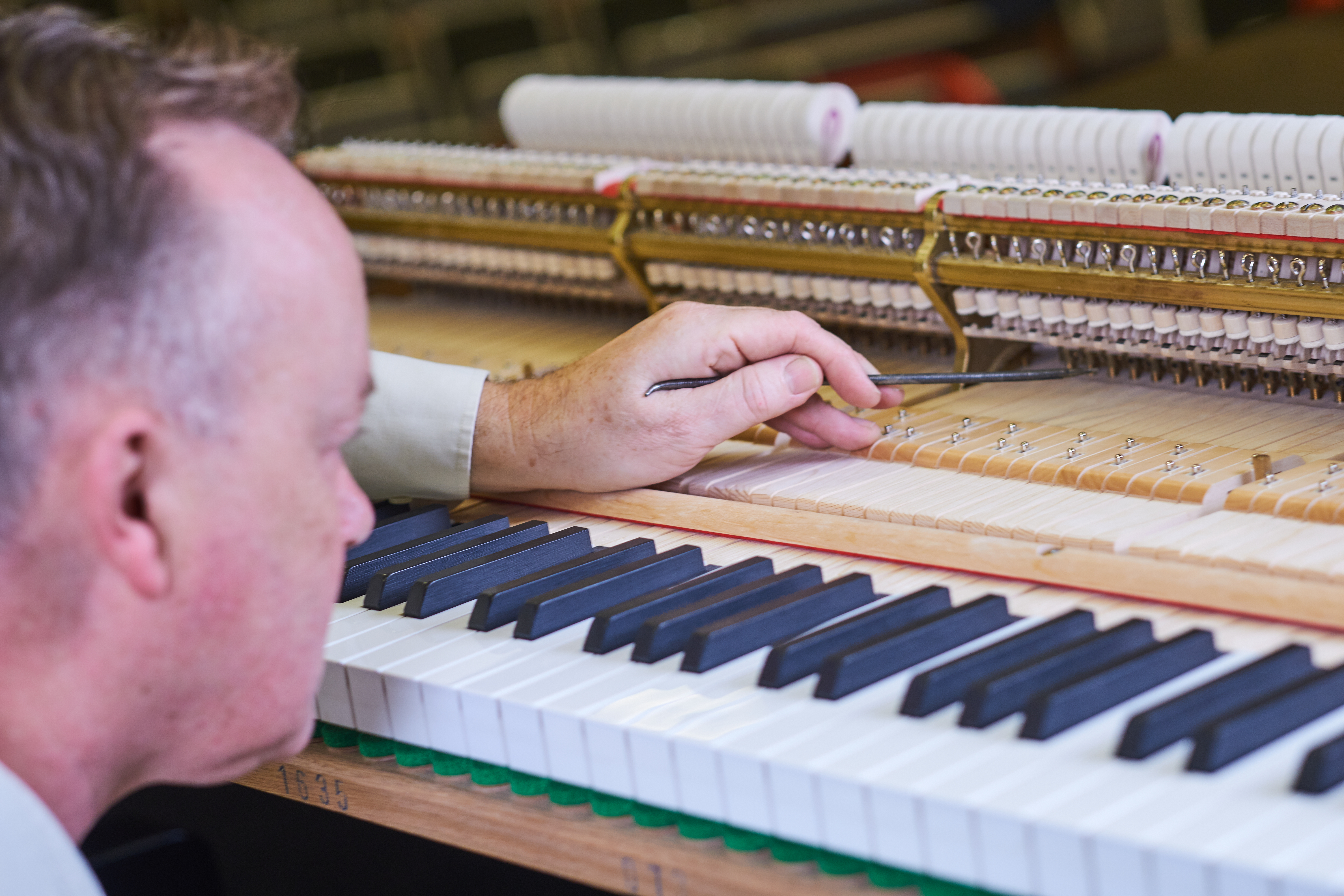